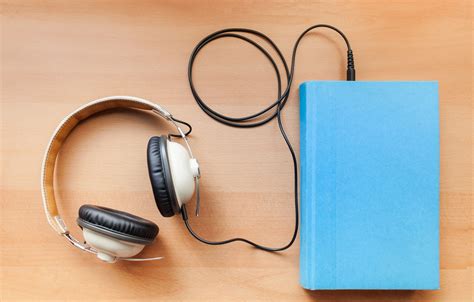 Contents hide
1 The Four Winds by Kristin Hannah
2 Project Hail Mary by Andy Weir
3 An American Marriage by Tayari Jones
4 The Code Breaker by Walter Isaacson
5 The Sanatorium by Sarah Pearse
6 The Push by Ashley Audrain
7 The Silent Patient by Alex Michaelides
8 The Yellow House by Sarah M. Broom
9 The Vanishing Half by Brit Bennett
10 Untamed by Glennon Doyle
11 The Overstory by Richard Powers
12 Normal People by Sally Rooney
13 Becoming by Michelle Obama
14 Where the Crawdads Sing by Delia Owens
15 Educated by Tara Westover
16 Conclusion
16.1 Related posts:

As the popularity of audiobooks continues to rise, it can be tough to keep track of all the new releases and bestsellers. To help you out, we’ve compiled a list of the top trending audiobooks of the year 2023. Whether you’re into fiction, non-fiction, or something in between, there’s sure to be something on this list that piques your interest.

The Four Winds by Kristin Hannah

Set during the Great Depression, “The Four Winds” follows the story of Elsa Martinelli, a young woman who must make the difficult decision to leave her home in Texas and travel to California in search of a better life. Along the way, she encounters a host of compelling characters and experiences both heartbreak and hope. This epic novel, narrated by Julia Whelan, has been a bestseller and a top pick among audiobook fans.

Science fiction fans will definitely want to give “Project Hail Mary” a listen. Written by the bestselling author of “The Martian,” this audiobook follows the story of Ryland Grace, an astronaut who wakes up on a spaceship with no memory of how he got there. With the help of a mysterious alien, Ryland must embark on a mission to save the human race from a catastrophic event. The audiobook, narrated by Wil Wheaton, is a thrilling listen from start to finish.

An American Marriage by Tayari Jones

“An American Marriage” is a heart-wrenching love story about a couple whose lives are torn apart when the husband is wrongfully imprisoned. Told from the perspectives of both the husband and wife, this audiobook, narrated by Sean Crisden and Eisa Davis, explores themes of love, loyalty, and forgiveness. It’s a must-listen for anyone who enjoys deep, emotional storytelling.

The Code Breaker by Walter Isaacson

“The Code Breaker” is a non-fiction audiobook that tells the fascinating story of Jennifer Doudna, a biochemist who played a key role in the development of the CRISPR gene-editing technology. Narrated by the author, Walter Isaacson, this audiobook delves into the ethical and scientific debates surrounding CRISPR and offers a glimpse into the world of cutting-edge research.

The Sanatorium by Sarah Pearse

For fans of psychological thrillers, “The Sanatorium” is a must-listen. Set in a remote Swiss hotel, this audiobook follows the story of a detective who is called to investigate a series of murders that seem to be linked to the hotel’s past. Narrated by Emma Bering and Rachel Bavidge, this audiobook is full of twists and turns that will keep you on the edge of your seat.

The Push by Ashley Audrain

“The Push” is a psychological thriller that centers around Blythe, a new mother who begins to suspect that something is not right with her newborn baby. As Blythe’s paranoia and anxiety grow, she finds herself questioning the motives of those around her and wondering if she can trust anyone. This audiobook, narrated by Clare Corbett and Louise Brealey, is a chilling and suspenseful listen that will keep you guessing until the very end.

The Silent Patient by Alex Michaelides

Another top pick for psychological thriller fans is “The Silent Patient.” This audiobook tells the story of Alicia Berenson, a famous painter who murders her husband and then stops speaking altogether. As a forensic psychotherapist attempts to unravel the mystery behind Alicia’s actions, the audiobook takes listeners on a twisting and unpredictable journey. The audiobook, narrated by Jack Hawkins and Adjoa Andoh, has received rave reviews and has been a top seller in the genre.

“The Yellow House” is a powerful and poignant memoir that tells the story of the author’s childhood in New Orleans. Through her vivid and evocative writing, Sarah M. Broom transports listeners to a time and place that is both specific and universal. This audiobook, narrated by the author, is a beautiful and moving listen that has received widespread critical acclaim.

The Vanishing Half by Brit Bennett

“The Vanishing Half” is a novel about twin sisters who take drastically different paths in life, one passing as white and the other remaining black. As the audiobook follows their separate journeys, it explores themes of identity, race, and family. Narrated by Bahni Turpin, this audiobook has been a bestseller and a top pick among audiobook fans.

In “Untamed,” bestselling author Glennon Doyle shares her story of personal growth and liberation. Through her candid and inspiring writing, Doyle encourages listeners to embrace their true selves and live authentically. This audiobook, narrated by the author, has been a hit with listeners and has received widespread praise.

The Overstory by Richard Powers

“The Overstory” is a sweeping novel that tells the interconnected stories of nine individuals whose lives are impacted by trees. From a scientist studying the communication systems of oaks to a Vietnam veteran who finds solace in a grove of redwoods, this audiobook, narrated by Vikas Adam and Cassandra Campbell, celebrates the vital role that trees play in our world.

“Normal People” is a novel about the complex and changing relationship between two young people, Connell and Marianne. As they navigate the ups and downs of life, they must confront their own insecurities and come to terms with who they are and what they want. This audiobook, narrated by Paul Mescal and Daisy Edgar-Jones, has received widespread praise for its raw and honest portrayal of love and connection.

In “Becoming,” former First Lady Michelle Obama shares her story of growing up on the South Side of Chicago and becoming the woman she is today. From her childhood to her time in the White House, Obama reflects on the events that have shaped her life and the lessons she has learned along the way. This audiobook, narrated by the author, is an inspiring and empowering listen that has been a top seller.

Where the Crawdads Sing by Delia Owens

“Where the Crawdads Sing” is a coming-of-age novel set in a small Southern town in the 1950s. The audiobook follows the story of Kya, a young woman who is misunderstood and ostracized by her community. As she struggles to find her place in the world, Kya discovers her own strength and resilience. This audiobook, narrated by Cassandra Campbell, has received widespread acclaim and has been a bestseller.

In “Educated,” Tara Westover tells the extraordinary story of her journey from a childhood spent on a remote mountain to earning a Ph.D. from Cambridge University. This audiobook, narrated by Julia Whelan, is a powerful and inspiring memoir that has received widespread praise for its raw and honest portrayal of Westover’s life.

In conclusion, the world of audiobooks is full of diverse and exciting titles that cover a wide range of genres and themes. From heart-wrenching love stories to thrilling psychological thrillers, there’s something for everyone on this list of the top trending audiobooks of the year. Whether you’re a fan of fiction, non-fiction, or something in between, you’re sure to find an audiobook that speaks to you. So grab your headphones and get ready to dive into the world of audiobooks – the possibilities are endless!