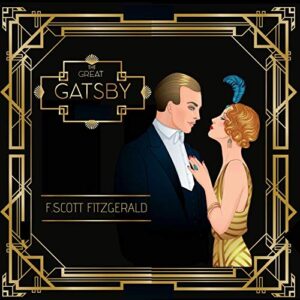 “The Great Gatsby” is one of the great American stories of all time. The story follows Jay Gatsby and his unrequited love for the beautiful Daisy Buchanan. Set against the backdrop of the roaring twenties, “The Great Gatsby” is a tale of obsession, greed, and ultimately, tragedy.

The novel has been adapted for stage and screen numerous times, but this audiobook version brings the story to life like never before. Narrated by award-winning actor Tim Robbins, “The Great Gatsby” is a must-listen for any fan of classic literature.

Introducing the book the great gatsby and its author

The Great Gatsby is a novel by American author F. Scott Fitzgerald. First published in 1925, it tells the story of Jay Gatsby, a wealthy man who is obsessed with the love of his life, Daisy Buchanan. The novel has been adapted into several films, including a 1974 version starring Robert Redford and Mia Farrow.

F. Scott Fitzgerald was an American author who is best known for his novels The Great Gatsby and This Side of Paradise. He was born in 1896 in St. Paul, Minnesota, and died in 1940 at the age of 44. Fitzgerald’s work is often associated with the Jazz Age, a term he coined himself to describe the Roaring Twenties. He is considered one of the greatest American writers of the 20th century.

Discussing the plot of the story

The Great Gatsby is set in the 1920s, in the fictional town of West Egg on Long Island. Jay Gatsby is a wealthy man who lives in a huge mansion and throws lavish parties every weekend.

His only goal in life is to win back the love of Daisy Buchanan, a beautiful woman who is married to a wealthy man named Tom. Gatsby’s obsession with Daisy leads him to make some poor decisions, and ultimately his downfall.

While the novel is classified as a work of fiction, it is based on Fitzgerald’s own experiences during the Jazz Age. He drew from his own life and observations to create a portrait of an era that was both glamorous and decaying.

The Great Gatsby is considered one of the greatest American novels. It has been praised for its beautiful prose, its insight into the human condition, and its ability to capture the essence of an era.

Describing the characters and their motivations

Jay Gatsby is a fascinating character, and his obsession with Daisy Buchanan is at the heart of the story. Gatsby’s wealth and status allow him to throw lavish parties, but he is ultimately unhappy because he cannot have the one thing he wants most: Daisy’s love.

Daisy is a beautiful and superficial woman who is married to a wealthy man named Tom. She is unhappy in her marriage, and she has an affair with Gatsby. Ultimately, Daisy chooses Tom over Gatsby, which leads to Gatsby’s downfall.

Tom Buchanan is a wealthy man who is married to Daisy. He is having an affair with another woman, and he is also involved in some shady business dealings. Tom is a callous and selfish man who cares only about himself.

Nick Carraway is the narrator of the story. He is a young man from Minnesota who moves to West Egg to work in the financial sector. Nick is Gatsby’s neighbor, and he becomes caught up in Gatsby’s world. He eventually comes to realize that the superficial lifestyle of the rich is empty and unfulfilling.

Analyzing the themes of the novel

The theme of love

The novel is ultimately a tragedy, and one of the main themes is love. Gatsby is in love with Daisy, but she does not reciprocate his feelings. She uses him to cheat on her husband and then abandons him when things get too complicated. This ultimately leads to Gatsby’s death.

The theme of wealth

Another major theme is wealth. The novel is set in the 1920s, and Fitzgerald portrays the era as a time of excess and superficiality. The wealthy elite can buy anything they want, but they are ultimately unhappy because they cannot buy happiness.

The theme of betrayal

Several characters betray Gatsby in the novel. Daisy betrays him by choosing Tom over him. Nick betrays him by not inviting him to Daisy’s house. And finally, Gatsby betrays himself by believing that he can win Daisy’s love and live happily ever after.

Our thoughts on the audiobook version narrated by Tim Robbins

We thought the audiobook was narrated well. Tim Robbins did a good job of differentiating the voices of the characters. We also thought the choice to use music from the 1920s was effective in setting the tone of the novel.

The Great Gatsby audiobook is a classic American novel that tells the story of Jay Gatsby and his unrequited love for Daisy Buchanan. The novel explores themes of love, wealth, and betrayal, and it paints a picture of the 1920s as a time of excess and superficiality. The audiobook version narrated by Tim Robbins is well done and captures the tone of the novel effectively.

Is The Great Gatsby a true story?

No, The Great Gatsby is not a true story. It is a novel written by F. Scott Fitzgerald. However, it is set in the 1920s and is based on Fitzgerald’s own experiences during that time.

What is The Great Gatsby main message?

The Great Gatsby is a cautionary tale about the dangers of wealth and excess. It is also a story about hope, love, and the American dream.

Why is it called The Great Gatsby?

The novel is named after its main character, Jay Gatsby. Gatsby is a wealthy man who throws lavish parties in an attempt to win back the love of his life, Daisy Buchanan.

What is the meaning of the green light in The Great Gatsby?

The green light is a symbol of hope and the American dream. Gatsby stares at the green light at the end of Daisy’s dock, across the bay from his own house, longing for what he can never have.

What happened to Gatsby’s parents?

Gatsby’s parents died when he was a child and he was raised by his aunt, Mrs. Henry C. Gatz.

Gatsby is killed by Daisy’s husband, Tom Buchanan. Tom is jealous of Gatsby’s relationship with Daisy and his wealth, and he arranges for Gatsby to be killed in retribution.

What does Jay Gatsby represent?

Jay Gatsby represents the dangerous consequences of unchecked ambition and greed. He is also a representation of the American dream gone wrong.