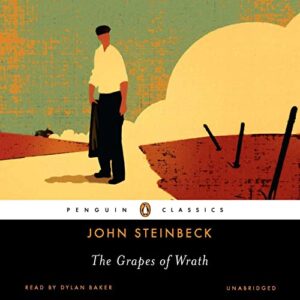 Contents hide
1 The grapes of wrath: a novel of social injustice
2 The Joad Family’s Struggles
3 Themes of Social Injustice
4 Themes of Family, Community, and Survival
5 Conclusion
6 Questions & Answers
6.1 Why is grapes of wrath controversial?
6.2 Is the Grapes of Wrath banned in the US?
6.3 Is the grapes of wrath based on a true story?
6.4 Why are John Steinbeck’s books banned?
6.5 Is the Joad Family black?
6.6 Related posts:

The grapes of wrath: a novel of social injustice

The Grapes of Wrath is a novel by John Steinbeck that was published in 1939. The novel tells the story of the Joad family, who are forced to leave their farm in Oklahoma and travel to California during the Great Depression.

The novel focuses on the family’s struggles as they deal with poverty, hunger, and exploitation. The novel also explores themes of social injustice, morality, and human dignity.

The grapes of wrath novel focus on the family’s struggles as they deal with poverty, hunger, and exploitation. The family is forced to leave their home and travel west in search of a better life.

Along the way, they face many challenges, including losing their home and possessions, having to find food and shelter, and dealing with illness. They also witness violence and death, which takes a toll on their morale. Despite all of these hardships, the family remains together and continues to hope for a better future.

The Joads’ story represents the struggles many families faced during the Great Depression and Dust Bowl eras. These families were forced to leave their homes in search of work and a better life. They often faced difficult challenges, including poverty, hunger, and exploitation. However, they were also able to find strength in their families and communities, which helped them survive and eventually thrive.

The novel focuses on the theme of social injustice, specifically the exploitation of the poor by the rich. The Joad family is forced to leave their home because they can no longer afford to pay their mortgage.

They travel west in search of work but find that they are exploited by those who offer them jobs. They are paid very little for their work and are often forced to live in terrible conditions. The family also witnesses violence and death, which leads them to question the fairness of the world.

The grapes of wrath novel ultimately argue that social injustice is a major problem in society. The Joads’ story highlights the need for reform in the way that the poor are treated. The family’s struggles show that the current system is not working and that something needs to be done to help those who are most vulnerable.

Themes of Family, Community, and Survival

The grapes of wrath novel also focus on the themes of family, community, and survival. The Joad family is forced to leave their home, but they remain together throughout their journey.

They rely on each other for support and help, which allows them to survive. The family also finds strength in their community, which provides them with food and shelter. Ultimately, the Joads’ story shows that families and communities can be a source of strength during difficult times.

The Joads found strength in each other when they were feeling lost and alone. This helped them to keep going when things were tough. Ultimately, the novel argues that families and communities are essential for both physical and emotional survival.

Why is grapes of wrath controversial?

The Grapes of Wrath is controversial because it portrays the struggles of poor, working-class people during the Great Depression. The novel was banned in several states when it was first published, and some critics accused the author, John Steinbeck, of being a communist. The novel is still banned in some schools today.

Is the Grapes of Wrath banned in the US?

The Grapes of Wrath is not currently banned in the United States. However, it was banned in several states when it was first published in 1939.

Is the grapes of wrath based on a true story?

The Grapes of Wrath is not based on a true story. However, the novel was inspired by real-life events, such as the Great Depression and the Dust Bowl.

Why are John Steinbeck’s books banned?

Is the Joad Family black?

No, the Joad family is not black. The family is white, but they are poor and often associated with migrant workers, which might be why some people believe they are black.